Thank you for the opportunity to speak to you today! 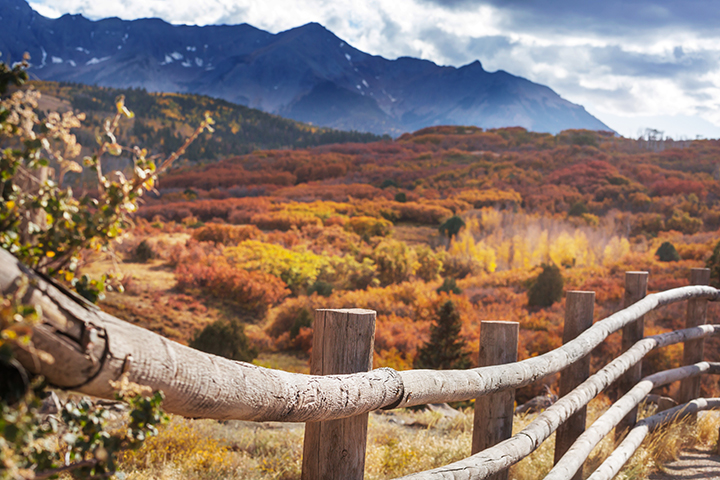 When I look at the people in Colorado, I see real heroes – full of strength, courage, and grit – I see history makers in this generation. You are the generation that will decide whether America will still exist as the Constitutional Republic. We have come together to seek political victory in overcoming the full-on assault of our Constitution.

For decades, legislation has been passed that has chipped away at our constitution incrementally, based on situational ethics. We have allowed the unabated diminishing of our rights. It is a posture we have become accustomed to – to compromise. It is a posture that those who seek to overthrow our Republic have come to expect in response to their demands.

The time for compromise is over. If we keep doing the same thing or keep doing nothing, know that this sledgehammer is being swung at the base of our foundation to deal the final death blow to our constitution. We will be forced to submit to the degradation of communism or worse.

We stand at a pivotal point in our history at this moment in time.The choices we make today will either bring life or death to all we hold dear. Our Constitutional Republic is on the precipice. For 243 years this Constitution has held this nation together. Every generation before this one has held the line to keep our Constitution as the absolute earthly authority by which we the people consent to be governed.

Now it is our turn.

Many candidates will come and tell you how great they are – and emphasize the problems besetting our state – and why they should be your Governor. I come before you to tell you how I will serve your best interests and what I will do about these problems by offering concrete solutions that will put an end to the distress it causes us all. Returning to our Constitutional roots is the stand we must take.

If elected, I will utilize every power afforded to me to undo everything this administration has done to harm Colorado. Election Integrity is the bedrock cornerstone of our right to free and fair elections. Our electoral process has been proven to be violated and stolen for the last three elections. These cheaters should be removed now and the real winners, put in those seats. If elected, I will end that corruption.

Our children are our most precious inheritance. Their minds, bodies, and spirits are being violated heinously. Public education has been corrupted to the core. If elected, I will end that corruption. Education Reform will be decisively implemented.

Colorado is the basic port for child sex trafficking before the criminals distribute our children to be painfully murdered across the world. Understand this – If elected, I will end Child sex trafficking, pornography, and Pedophilia in Colorado.

We need our oil, gas, and clean coal back. If elected, I will seek out long-term contracts with those industries that will not be broken by successor governors.

We need our right to keep our vote. If elected, I will rescind those orders giving our right to vote to others. We need to jump-start our economy. Get our jobs back.

If elected, I will cut taxes and de-regulate business requirements. I will incentivize employers to hire. I will open all of Colorado fully for business operations. After the Trustees in Monument passed our resolution to attempt to give power back to the people, I began receiving calls all over the state from concerned Citizen groups wanting me to come and speak to them about how to protect their counties against the assaults they were experiencing.

In over 21 counties, I have shared additional clauses that were not included in the Monument Resolution but will actually enforce, protect and defend each county comprehensively. All the counties have agreed to include those clauses to stand unified against abuses. Let me share with you what the people I have met in all these counties have told me – what they want – where they stand and what they think.

They are outraged and afraid. They wonder what has happened in the minds of their elected representatives, that they would seek to deceive the people and pass bills that blatantly conflict with our constitution. Such conflicting laws and bills passed in this manner are to be considered null and void according to our constitution. They feel they have been sold out to wholesale slavery. They are ready to fight.

Polis has thrown down the gauntlet. He has declared war on businesses, churches, parents, children, schools, private property, and investments. He is robbing all of us of our freedom to assemble, our ability to contract to work, taking away our freedom of speech, and our due process of law. He is stealing our tax dollars to fund, educate and house illegals while leaving Americans homeless in the streets. American children wait at home while illegals attend in-person schooling. Everything Americans have built up for their own shelter, comfort, and security is being taken away and given to foreign illegals. He is making us pay with our tax dollars for these programs that steal from Americans. He has attacked our Ag Industry – on multiple levels. He has attacked our oil, gas, and clean coal industries. His every action is asking us a simple question – how far will you compromise?

Our answer should be that we will no longer compromise. We are done with compromise. We the people will fight the good fight to keep what is rightfully ours. We the people will take up the weapons we are granted in our constitution to fight back – legal weapons of recall, impeachment, arrest, and filing felony charges of treason. We can, and will, file lawsuits to seek justice and halt the continuous violation of our constitutional rights. If elected as your Governor, I will hold the line. I will keep my oath to uphold and defend our constitution and represent the people. If elected, I will govern with integrity and truth. I will not bend or bow or compromise. I will not be bought or sold. I will proceed with my platform to make Colorado First, Colorado Strong policies. I will bring back our state sovereignty, return local control to each of the counties, terminate that Executive Declaration of disaster order, open Colorado, initiate immediate Education reform, fully fund our Colorado State Patrol and Bureau of Investigations, and put comprehensive measures in place to end child sex trafficking, pornography, and pedophilia in Colorado.

We have 12 people running for the Governor’s seat now. Whoever is elected the next Governor of Colorado should require the legislature to enact a law that would mandate the ability of state and counties to review, reject or nullify any state or federal legislation, state or federal regulations, state and federal executive orders, state and federal judicial orders or decisions, and federal treaty enforcement if those bills or laws are in conflict with our constitution. Such a law should include the statement that If any law is found to be in conflict with our Constitution, it will not be implemented – nor will the people be subjected to any fines or punishments for failure to comply. This is the type of law that will protect the people from state and Federal government overreach and abuses. Passing a law like this has Supreme Court precedence and the support of our 10th amendment in our United States Constitution. Such a law, promulgated to be held in perpetuity would create a protected Sanctuary state, safe from state and federal government overreach, and will defend Colorado on a local and state level, to its fullest extent, from a broad range of state or federal assaults.

If elected, I will get this done and end the compromise. The people in Colorado want to return to our allegiance to the Constitutional Republic on which we stand, one nation, under God, indivisible with liberty and justice for all. Stand with me, and let’s return together while there is still time.